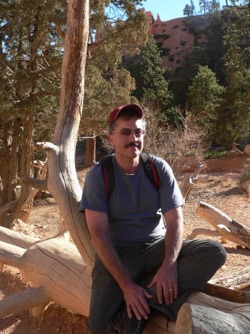 John was born into a farm family on the Judith River near Lewistown, Montana in 1957. He attended the University of Montana where he received a B.S. in chemistry in 1984. He then attended the University of Oregon where he received a Ph.D. in physical chemistry in 1990. He wanted to understand how something like life could come out of a math equation; this is called non- linear dynamics. He spent a couple of decades working on a family farm. He then married Diane Wolfe and moved to Jackson Wyoming where they own and operate Great Northern Coffee and have two sons.